The main task of a refrigerating machine oil is the lubrication of machine parts, the sealing inside the compressor as well as the dissipation of heat generated in the lubrication gap.

Inadequate solubility of the refrigerating machine oil impairs the oil return, too high a solubility can lead to a drop below the minimum viscosity required for compressor lubrication.

Critical to the selection is the behavior of a refrigeration oil - in mixture with the refrigerant - in certain temperature ranges, in which the mixture can disintegrate into oil-rich and oil-poor phases. One calls such a process a miscibility gap.

Advantageous therefore refrigerating oils that form a homogeneous phase with the refrigerant over a large temperature and concentration range.

After initial problems with the conversion of older plants to the new replacement refrigerants, a large number of refrigeration oils are now available for use with halogenated HFC refrigerants and other refrigerants for a wide variety of requirements. According to their chemical compositions, refrigerator oils can be assigned to the following five groups.

are hydrocarbon compounds and are derived from petroleum or coal. Most mixtures of this group belong chemically to the alkanes (paraffins, which are simply saturated hydrocarbons). Today, these refrigerant oils find their application in hermetic compressors. In semi-hermetic and open compressors, they were displaced by synthetic and semi-synthetic refrigerant oils *. Paraffinic mineral oils are used as refrigeration oils in turbo-compressors because of their good viscosity-temperature behavior. For lower temperatures, they are not suitable because they tend to paraffin precipitates under such conditions, which can lead to clogging of the expansion valve.

are produced on a large scale catalytically from petroleum. They are not chemically very reactive and are mainly used as solvents. Certain compounds of this class can be used as refrigeration oils. They have a very good solubility in HFC refrigerants and are distinguished from mineral oils also by a low tendency to foaming (when starting compressors).

also known as poly-α-olefins, are highly specialized synthetic refrigeration oils developed for the use of HFC, NH3 and CO2 applications. Because of their good viscosity-temperature ratio, they are used primarily in screw compressors. They have a high thermal stability and a good cold flow property even at lower temperatures. However, the solubility in CFC refrigerants is not satisfactory.

They are often used in conjunction with HFC refrigerants and HFC refrigerant blends because of their good solubility with these refrigerants.
Occurring miscibility gaps are generally not critical.
Polyol ester oils are hygroscopic and easily absorb water, which can also cause it to decompose. The cause of this behavior is the chemical origin of these oils, they are made from alcohol and an organic acid with elimination of water.

Moisture must be avoided in the refrigeration cycle as it can lead to acid formation in addition to other negative effects. If this is the case, the cause is usually the decomposition of the polyol ester oil.

Also called polyalkylene glycols, characterized by a low viscosity reduction at low temperatures and high thermal stability. The disadvantage is their very high water absorption capacity. Another disadvantage is the incompatibility of these oils with many materials, which must therefore be subjected to a special test before use.

PAG oils are mainly used in conjunction with R 134a in automotive air conditioning compressors and NH3 refrigeration systems.

* "Synthetic and semi-synthetic oils" are petroleum finninates to which synthetically produced hydrocarbons are added. This results in molecular structures that are not found in nature. 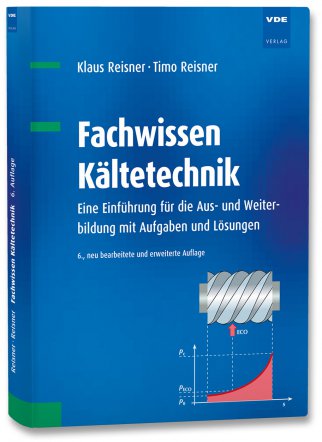 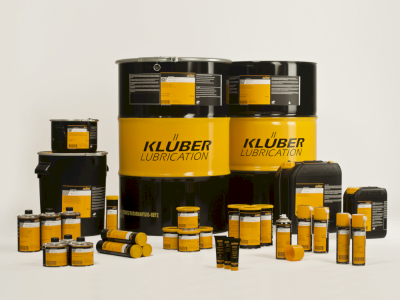