The expansion behavior of pre-insulated pipes under thermal stress corresponds to that of the uninsulated pipe. Although this is an insulated composite pipe, the proportion of the medium pipe outweighs the structure of the composite system. The movement of the product-carrying pipe is imposed on the outer shell by the high adhesive force of the polyurethane foam. The stability of the outer jacket in combination with the pressure-resistant polyurethane insulation means that classic slide bearings can be mounted on the protective jacket. Advantage of this system is transfer of the movement of the carrier pipe without interrupting the insulation on the bearings. Fixed points require special consideration, but experience has shown that often the shear strength of the pre-insulated pipe is sufficient,

The frictional connection system of pre-insulated pipes leads to a stiffening of the pipeline. The extra weight of the insulation and the outer sheath is carried over the composite, so the general rules for span calculation are also applicable as usual for pre-insulated pipe systems. Especially heavy pipes require a closer look.

The corrosion resistance of pre-insulated pipes compared to conventional systems is significantly improved. A diffusion-resistant metal jacket, frictionally connected with a closed-cell polyurethane foam insulation and produced under controlled conditions, forms an extremely stable, durable and puncture-proof piping system. Points such as moisture in the insulation, condensation or ice formation on the outer jacket can be excluded in pre-insulated pipes. The corrosion resistance is supported by the possibility of fixing pipe supports to the outer jacket. 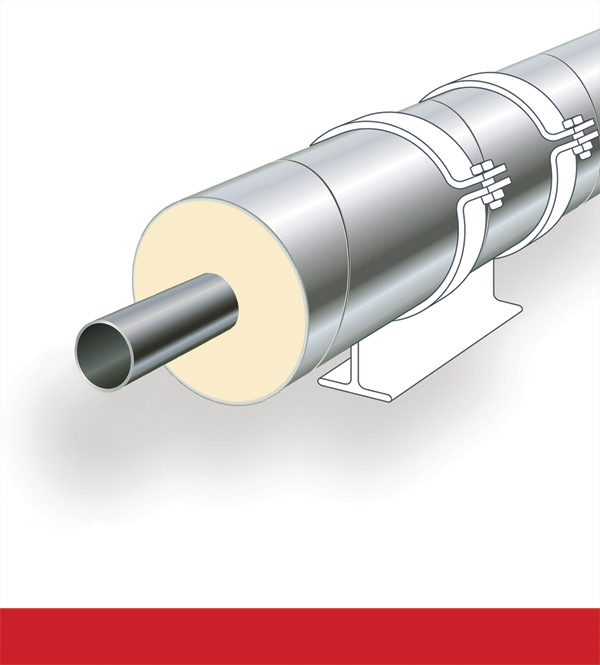 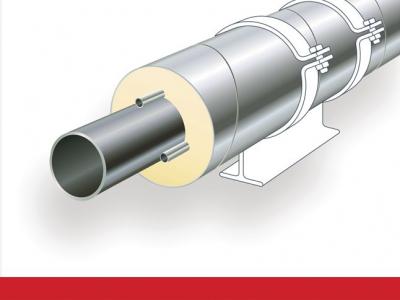 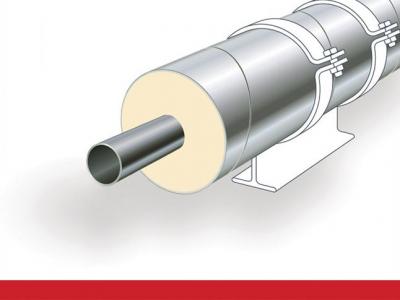 Jabitherm Rohrsysteme AG
Jabitherm RAPID-COOL
Preferred applications of RAPID pre-insulated pipes are in the industrial refrigeration and food and beverage industries.
To the Product
Image 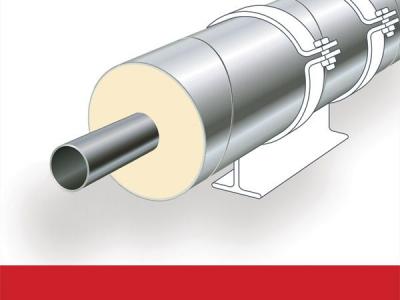