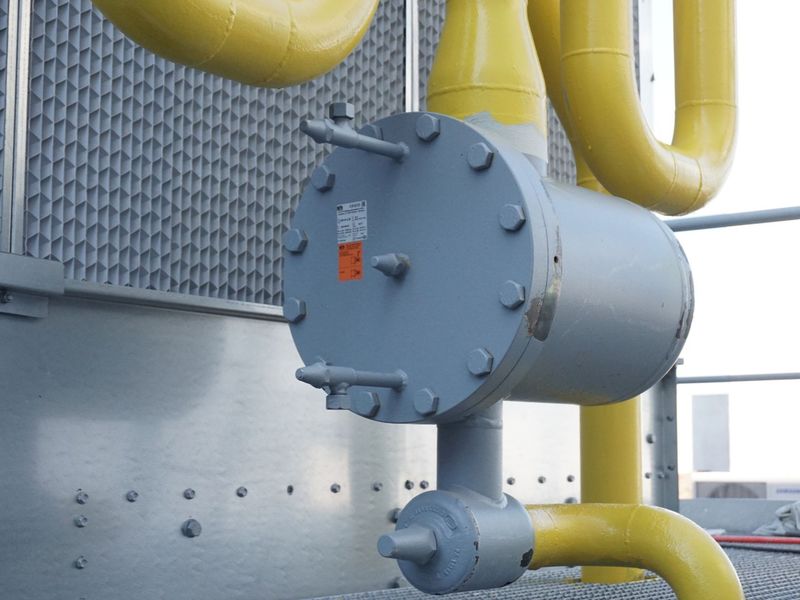 This description is based on high-pressure floats from TH-Witt.

The control on the high pressure side fulfills the task of throttling within the system by draining condensate. It is therefore particularly suitable for systems with central separators. Due to the purely mechanical mode of operation, condensate drainage is guaranteed at all times without additional control effort.

In contrast to the low-pressure float control, the fluctuating amount of refrigerant is in the central separator.

Principle of a single-stage system

From the separator, the gas can be fed back to the compressor or the liquid can be fed to the evaporator.

The condensate temperature can be optimally adapted to the external conditions, which ensures a very energy-saving mode of operation. Undercooling of the liquid is usually impossible.

Principle of a two-stage system

Since the high-pressure float regulator installed between the MD and LP side diverts the refrigerant from the MD container up to its tapping point on the LP side, the LP container is designed in such a way that the entire fluctuating amount of refrigerant can be absorbed (LP side and excess of the MD side).

The condensate entering the high-pressure float regulator housing causes the float to be lifted. A slider is operated via a lever transmission, which releases a corresponding part of the throttle opening and drains the condensate to the separator. Because the float has to overcome frictional forces, the opening is gradually adjusted.

When the liquid level in the float falls, the slide is moved over the opening and thus closes the outlet. When the float ball reaches the bottom, the lapped surfaces of the slide and outlet ensure a tight seal. The buoyancy of the float depends on the diameter and weight of the ball and the density of the liquid to be drained off.

FUNCTION OF THE VACUUM NOZZLE

In order for the condensate to flow independently to the controller, it would actually be necessary to arrange the controller below the condenser. In order to enable an arrangement above the condenser, all high pressure float regulators are equipped with an internal vacuum nozzle (exception from TH-Witt: Type: HR1 BW). This connects the gas space of the housing with the outlet nozzle. Due to the pressure difference between the high-pressure and low-pressure sides, gas is sucked in from the housing to the low-pressure side and a slight negative pressure is created in the housing. This means that a height difference of up to 3 m and a vertical distance of up to 30 m to the condenser can be achieved.

In addition, it is ensured that even a small amount of flash gas, which forms in the feed lines or during a system shutdown, can be discharged via the vacuum nozzle.

When the system is at a standstill, the pressure is slowly equalized so that the entire refrigerant charge can move to the coldest point. (In winter this can be the condenser.) The factory dimensioning of the vacuum nozzle is designed in such a way that the power loss theoretically determined by the gas bypass remains in the range below 1% of the nominal power.

All regulators have an externally operated lever that enables the float ball to be lifted. This allows the controller to be opened deliberately in order to check its function.

Air or other non-condensable gases can have a very damaging effect on the entire system and especially the high-pressure float regulator. Almost all problems can be traced back to it. Good ventilation is therefore important. Use a water tank and attach a hose to the vent valve EE3 / EE6. After the vessel has been filled with water, the setting valve EE3 / EE6 can be opened carefully. When no more air bubbles emerge, venting can be stopped. 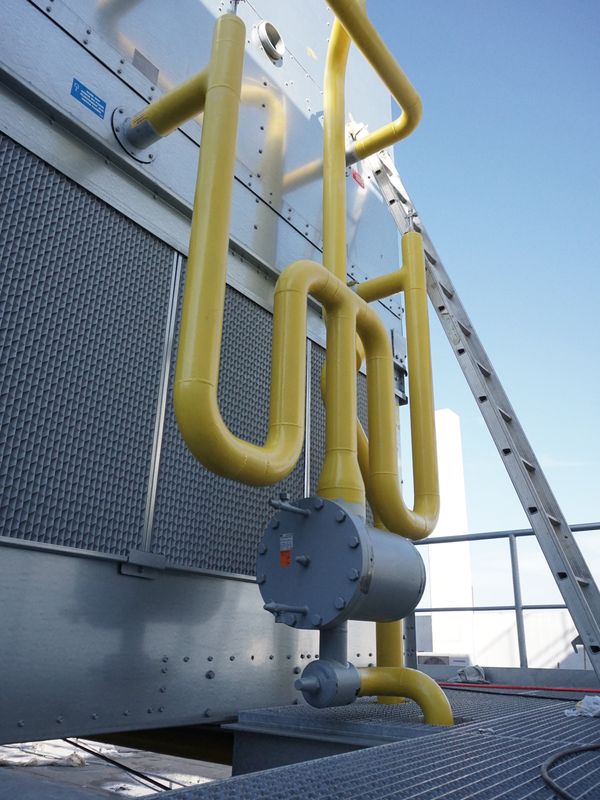 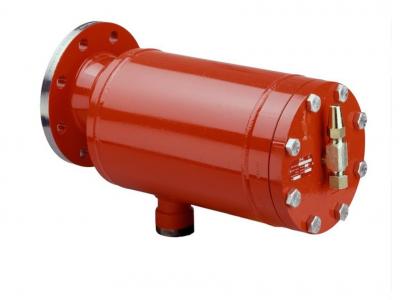 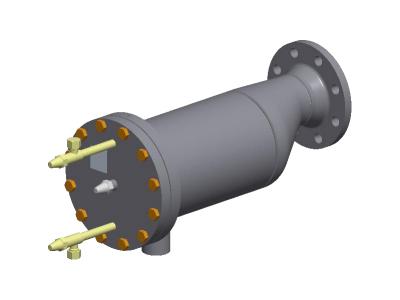 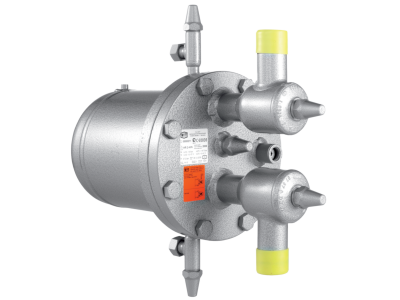 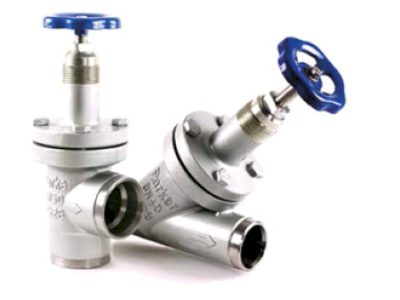